Star anise is a rarely used spice from the kitchen cabinet or the spice container(Masaale ka Dabba) which comes from the schisandraceae family. Its scientific name is Illicium verum but also known as star anise. They are star-shaped pods that have exotic flavours and aromas. It is an integral ingredient of the Chinese five spices along with fennel, cinnamon, Szechuan, peppercorns and cloves. It is mainly used in traditional Chinese cooking. It is native to South-Eastern China. The commercial production is limited to China and Vietnam. In India, it is grown in Arunachal Pradesh.

It is not grown much in India as the crop requires specific agro-climatic conditions available only in the traditional growing areas. This crop prefers woodlands, sunny edges and dappled shade. The plant grows well in humus-rich, mildly acidic to neutral soils, which are light to medium and has good drainage. As it has specific climatic conditions and soil types not all countries can grow this crop and harvest it. Star anise is often confused with anise because of its same flavour and names but both of them are different from each other. 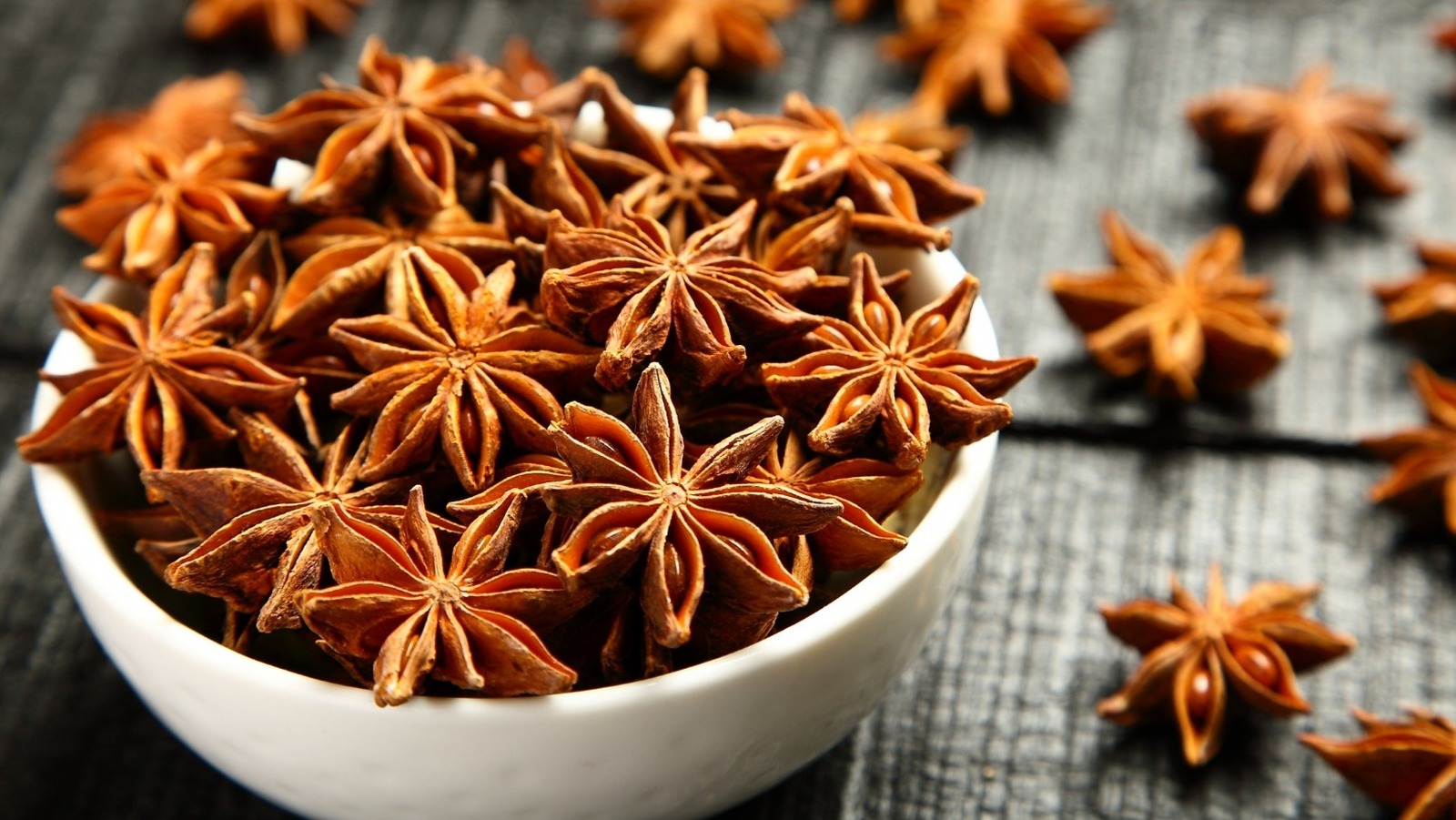 It is used is in some Chinese savoury dishes in cooking. It is used while cooking the dish and is removed before serving. Both its seeds and husk are used in cooking. It goes well with chicken, seafood, pork and a variety of vegetables. It is used as a whole and as grounded or powdered form. It is used by confectioners as a sweetener. It blends well with the ingredients and adds a little sweet flavour. The essential oil from the star anise is used in flavouring soft drinks, bakery products and liquors. The essential oil gives a nice, sweet smell and taste which works great as a substitute for sweetener. 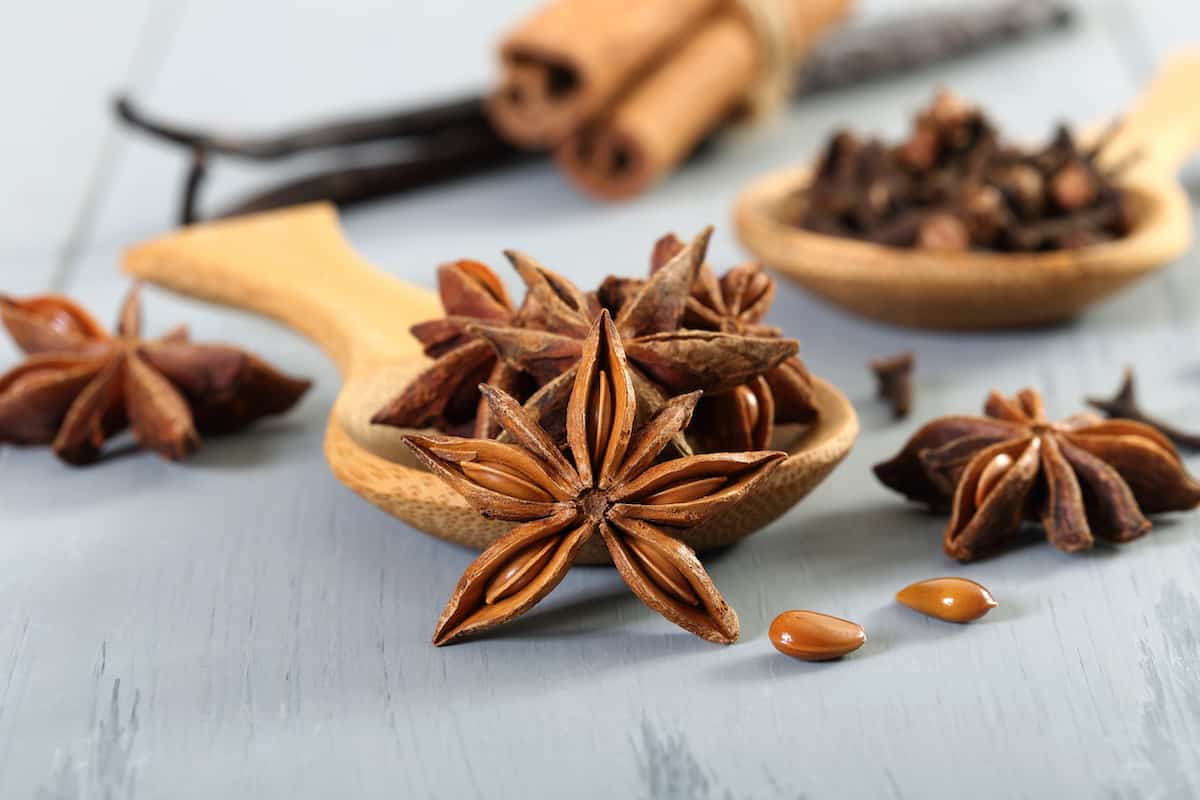 It is not only used in cooking but it also has many medicinal benefits which affect your health and digestive system. Chinese people not only use it in their cooking but also use it as a digestive aid. It is full of antioxidants and also has anti-inflammatory properties. It is also antibacterial and diuretic. It has been used in ancient times for abdominal cakes, cramps, indigestion, bloating and nausea. It contains diantheole and photoantheole which helps to improve lactation in nursing mothers. The oil collected from the star anise is helped to cure acne and other skin related problems.

The essential oil is also used as a fragrance in soaps and cosmetic products which gives an intense aroma to the products. Star anise can have aid to many problems like it includes skin health, Immune system, Respiratory infections, sleep issues, circulations, fungal infections, digestion, hormones and cancer risk. It is an essential part of anti-influenza medicine throughout the world. As it has a high level of antioxidants it helps to promote the elimination of free radicals in the skin. It helps to minimise the appearance of wrinkles, boost skin elasticity and cover up old scars and blemishes.

Star anise has also been used for treating bacterial infections of the stomach and other parts of the body for a long time. Most importantly it is effective against antibiotic-resistant bacterial strains, making it valuable for the pharmaceutical industry. It also helps with respiratory health, a cup of anise tea can cure inflammation rapidly and neutralise the underlying infection before more severe symptoms. It also helps with sleep issues. many studies have shown that it has some sedative properties attributed to the antioxidant levels and magnesium content. 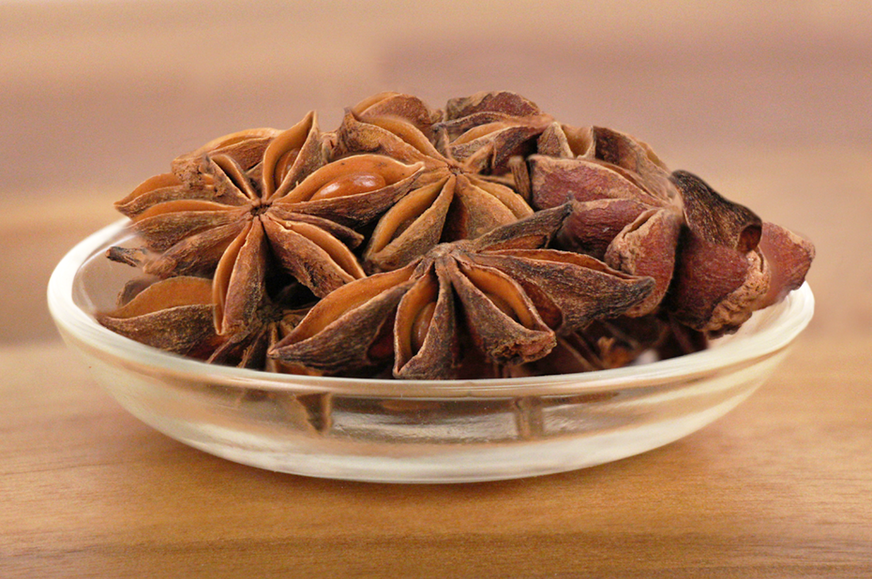 It releases some neurotransmitters which induce relaxation and sleep making the spice valuable for people who have insomnia and interrupted sleep patterns. The spice has a high amount of iron which helps in boosting red blood cell production and thus increase the energy levels by promoting circulation and proper oxygenation of the body. The spice also has anti-fungal properties which can treat many fungal infections. It is a natural remedy for athlete’s foot, ringworm, candida and other common strains. A nice cup of anise tea can boost your immune system against pathogens.

It was used as an aid to digestion for centuries. It is commonly consumed after the food for proper digestion. It also relieves bloating while easing cramping and improving the bacterial balance in your gut for high nutrient uptake efficiency. It can also help with your hormones and control them. In women, it helps in regulating menstrual cycles, controlling mood swings, and other problems of menstrual side effects. The antioxidants in the spice help in reducing the free radicals and supporting the immune system, the risk of mutagenic effects in the body decreases and also lowers the risk of cancer.

END_OF_DOCUMENT_TOKEN_TO_BE_REPLACED

HEALTH BENEFITS OF KERALA SPICES Kerala, God’s own country, is blessed with the treasure of spices! These Kerala spices include clove,...

END_OF_DOCUMENT_TOKEN_TO_BE_REPLACED

The Kerala spices have a prominent role in the history of Kerala and India. Kerala was famous all around the world because of the money...

END_OF_DOCUMENT_TOKEN_TO_BE_REPLACED

The great Indian foods are known for the presence of great Indian spices. You may be wondering where I can buy the best spices in India...

END_OF_DOCUMENT_TOKEN_TO_BE_REPLACED

Kerala – The Spice Garden of India

From ancient times, India is known for spices all around the world. Indian spices has more value than gold because it was very hard to ...