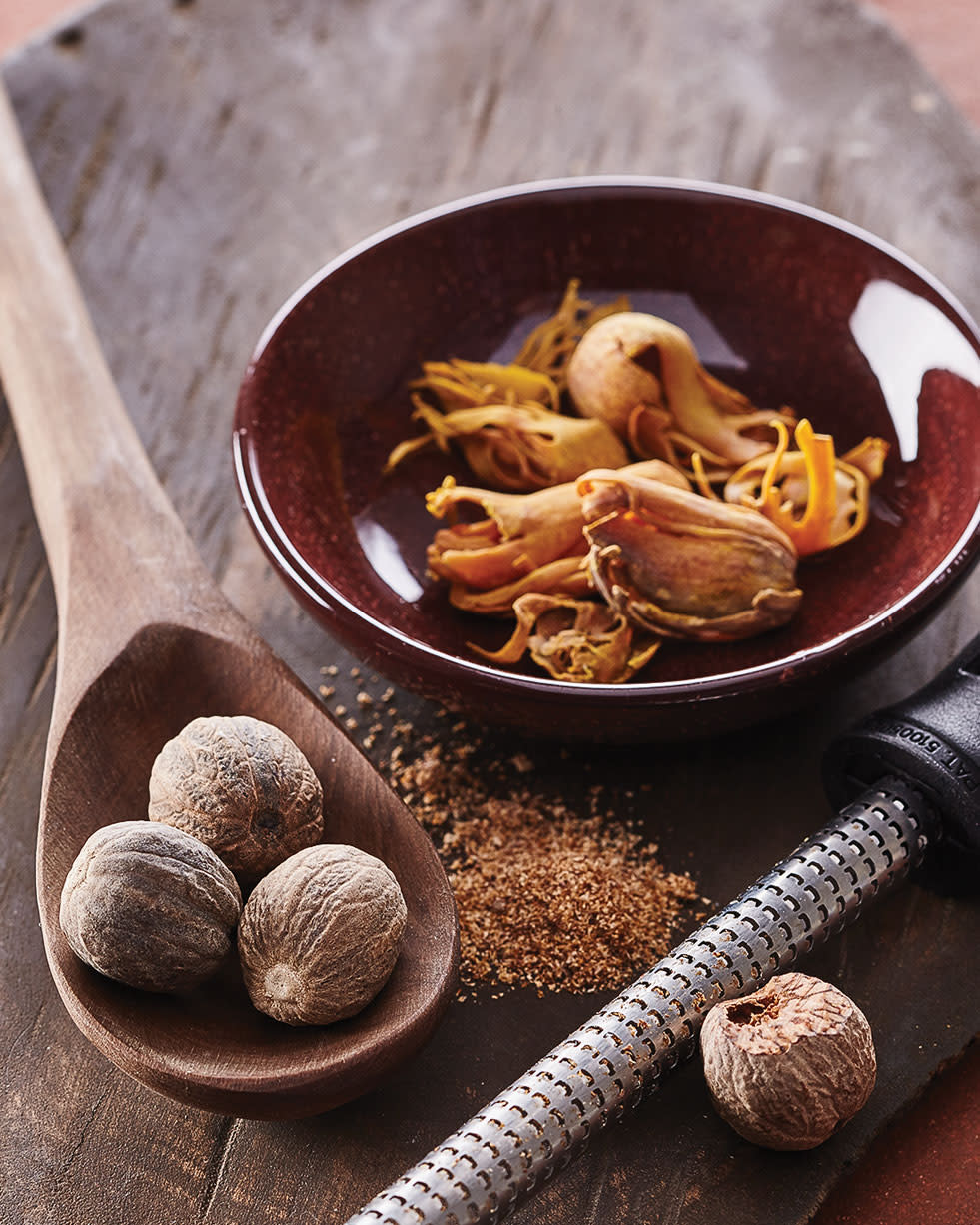 Nutmeg and nut mace both come from the same tree but are two different things. Nutmeg is the oval-shaped pit whereas mace is the red webbing that surrounds the shell of the pit. They are not used together but can be used as a substitute for each other. These two spices have a long and interesting history, travelling from Indonesia to England and because of their high-value wars were fought to control the trade. The nutmeg tree is evergreen with oblong egg-shaped leaves and is small, bell-like yellow flowers. The fruit is light yellow with red and green markings resembling an apricot or plum.

As the fruit matures, the outer fleshy covering bursts out to reveal the seed. The seed is covered with red membranes called an aril, which is the mace portion of the nutmeg. The seed is then dried for up to 2 months until the nut comes out of the shell. The shell is removed and the edible part is revealed. Both nutmeg and nut mace were discovered in the 1st century AD by the Romans. In the 6th century, the Arab merchants brought it to Constantinople. It was 1600 when the war between these two began and the Dutch held control of the spice islands till world war II. 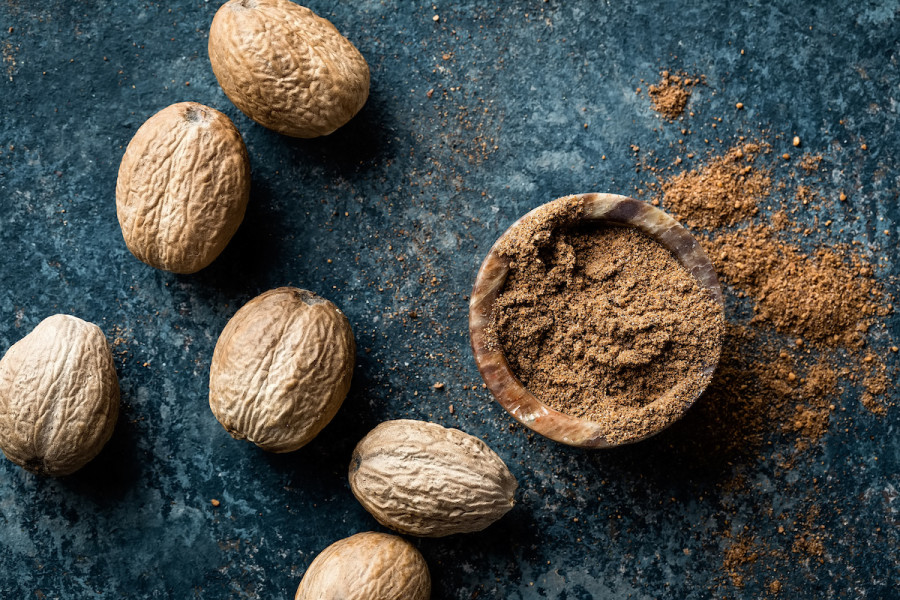 Nutmeg is a spice obtained from the nutmeg seed. This seed comes from the nutmeg tree or Myristica fragrant which is a native Indonesian evergreen tree from where the mace is also obtained. In comparison to mace, nutmeg has a sweeter, milder and more delicate taste. It was once hailed the world over as “worth its weight in gold”. You can buy the whole seeds as well as in the ground form. The seeds have a longer life than the ground or powder form. The word comes from Latin nux meaning nut and muscat meaning musky.

Mace is a yellowish-brown spice that is obtained from the seed covering of the nutmeg seed. They are also available in dried blades and ground form. The ground form is the most common and is often paired with other aromatic spices. It has the same flavour as nutmeg but is a little more intense than it. Mace is prominently used in Asian, Caribbean and Moroccan cuisines. It is the main ingredient in many blends, baked goods and savoury dishes like sauces and soups. It is also used in pickling and preserving.

Since both of them are 2 in 1 spices their growth, harvest and cultivation all same. The trees are usually propagated from seeds. The trees have a life span of about 60 years and the beauty of these trees is that they flower throughout the year. It reaches up to a height of 66 feet and the fruit produced from the tree is known as the ‘nutmeg apple’. The fruit is often discarded and the nut is used, once the seed (nut) is dried we get both of them. 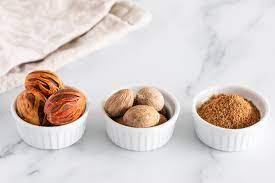 The essential oil from the spice is made by steam distillation of the ground nutmeg and is used widely in perfumeries and pharmaceuticals. It helps in treating diarrhoea, nausea, stomach spasms and pain, and, intestinal gas. They are also used in treating cancer, rheumatism, kidney disease and insomnia. The oil is also used to relieve muscle pains and aches too. This one spice integrates the whole world- the Indian garam masala, the Canadian eggnog, the Italian tortellini, the American pumpkin pie, the Irish mulled cider, the Scottish haggis, in all of these the nutmeg is the main ingredient.

Mace is more expensive than nutmeg mainly due to the availability of the pits versus the seeds of the fruit. As it is available plentiful it is used more than mace in recipes. The nutmeg offers many health benefits like relieving pain and soothing indigestion. It also helps in detoxifying the organs and skin also providing cognitive clarity. They also help with oral issues, preventing leukaemia and reducing insomnia. Mace also provides health benefits and they improve your digestion, bust stress, boost blood flow and protects kidneys. They can also alleviate the symptoms of cold flu.

Nutmeg is more popular than mace that is why is used more than it. Mace has a stronger flavour and aroma than it but also loses the aroma quickly and that is why it is recommended to use fresh mace instead of the one which has been there for months

END_OF_DOCUMENT_TOKEN_TO_BE_REPLACED

Star anise is a rarely used spice from the kitchen cabinet or the spice container(Masaale ka Dabba) which comes from the schisandra...

END_OF_DOCUMENT_TOKEN_TO_BE_REPLACED

Spices have always been a part of Indian cuisine since ancient times. They have always made our lives more flavourful...