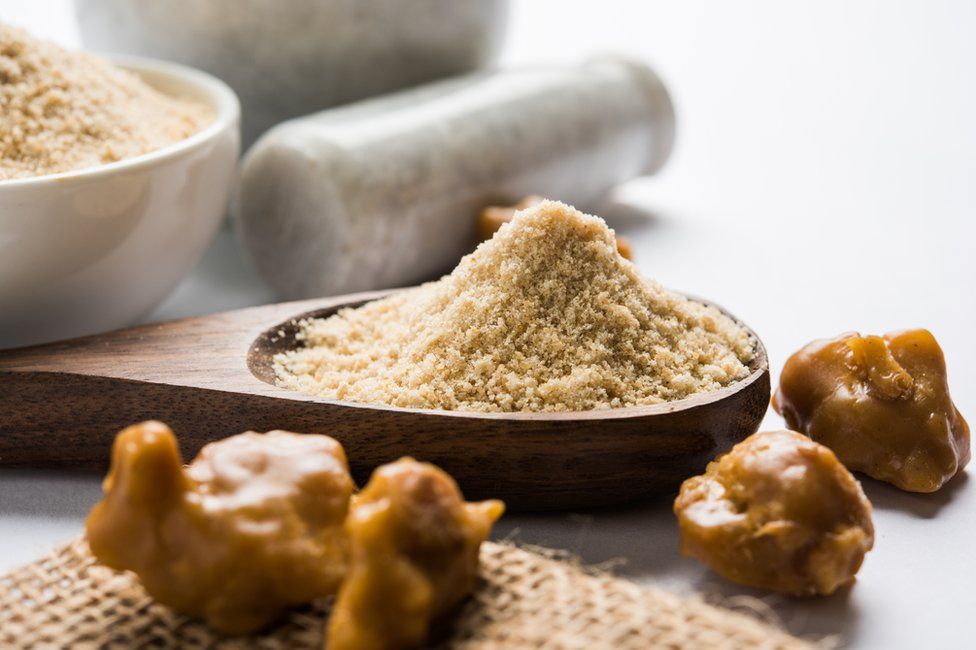 Asafoetida or as we like to call it hing, is used in flavouring various dishes like curries, dal and pickles. It is priced spice in India and Iran. It is commonly sold in powdered form and is often used to enhance the flavour of savoury food items. Asafoetida is obtained from a plant Ferula assa foetida of the carrot family Apiaceae family. The whole plant is used as a vegetable and the inner portion is used for delicacies. It is a perennial, flowering plant that grows largely in the wild. It requires dry soil and temperature under 35 degrees and India’s climate doesn’t suit this so it is ruled out from farming.

The tropical plains and plateaus, humid coast and heavy monsoon isn’t the proper climate for hing cultivation. Indians rely on imports from Afghanistan, Kazakhstan and Uzbekistan. The plant of this spice grows up to 2 meters( 7 feet) and when it is ready to yield, the stems are cut down to roots and a milky juice sets quickly into a solid mass. A freshly exposed surface of asafoetida has a translucent white pearly appearance, but soon it darkens in the air becoming first pink and then reddish brown which is their final colour.

The surprising fact is that people don’t believe that hing has Indian origin, many Hindus and Jain who don’t consume onion and garlic in their food use this for that flavour. Asafoetida is a Latin derived word which means fetid gum meaning strong and bitter odour. The smell is so strong that the raw form is mixed with wheat in North and with rice in South India. Wholesalers who import it use tiny amounts of it to make graded variations that sell in the form of blocks, coarse granules or fine powder.

The Persians once called it “the food of the gods”. It is also part of several Ayurvedic remedies. It is often known to reduce flatulence and is often used with gassy foods like lentils(dals) and beans. The fact that it is used in the prasad proves its antiquity. The presence of this is so ancient that it has been mentioned in early Hindu and Buddhist texts. It also makes an appearance in the great epic of India that is Mahabharata which historians believed began around 300 BC. The Europeans are less friendly with this spice so call it devil’s dung or stinking gum.

Nowadays the food writers describe its flavour as ‘shocking’ and ‘startling’ in the western palate whereas the ancient Romans and Greeks had already cooked with it. It is still unclear how it disappeared from that part of the world. Some historians believed that because of its inferior smell they have not given much importance to this spice. But that is the reason why Indians love this spice a lot, because of its smell.

Asafoetida is not only known for its culinary use but also for medicinal purposes. Asafoetida is rich in fibre which aids digestion. It also relieves many stomach related problems abdominal pain, bloating, gastritis, flatulence and improves overall digestive problems. Its anti-inflammatory properties help in relieving respiratory problems like asthma, dry cough and bronchitis. It helps them in relieving from congestion and releasing phlegm. The paste made from the asafoetida and water can be applied to the chest to release the phlegm. It can also be mixed with dry ginger powder and honey for reducing respiratory diseases.

It is also a natural blood thinner one has to only take it with water twice a day for effective results. It has a compound known as coumarin which helps in improving blood flow, therefore reducing clots and lowering blood pressure. It is also used as a pest repellent it is a natural antidote for many bugs and insects bite and sting. Some women have tremendous pain during their menstrual cycle, this spice comes to the rescue by alleviating the menstrual pain and cramps in the lower abdomen and back. Being a natural blood thinner it helps in making the blood flow smoothly without hampering any part of your body.

It boosts progesterone secretion that promotes easy blood flow, hence reducing the pain. Mix the powder with some fenugreek powder and a pinch of salt in a cup of buttermilk can be consumed during periods relieving from pain. It also reduces headache as it has anti-inflammatory properties that reduce the inflammation in the blood vessels which are in the head. All you need to do is add the asafoetida powder to water and consume it a couple of times a day for effective results. 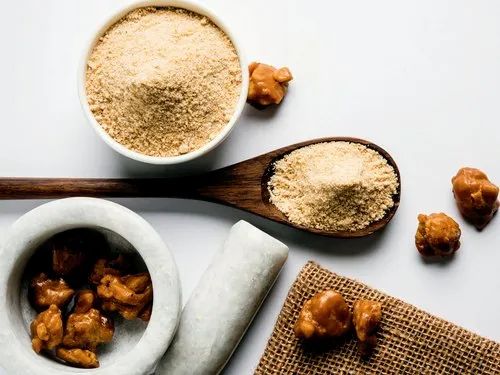 Asafoetida not only has health benefits but also has skin benefits like aiding acne problems, giving you a glowing face, treating corns and calluses, making the skin colour lighter by removing the dark patches, moisturising the skin, and also anti-ageing properties. Asafoetida has anti-inflammatory as well as anti-bacterial properties which helps in reducing acne and the growth of rashes. It helps in increasing the supply of oxygen to the facial tissues thus giving a glowing face. The moisturising properties treat the corn and calluses and also treat the dry skin.

It is also beneficial for hair as it acts as a good conditioner, balances the pH levels in the scalp and also reduces hair fall. When it is mixed with almond oil and yoghurt it reduces the frizz in your hair and also moisturises the hair. It also makes the hair healthy and strong from the scalp.

So, with all these properties Asafoetida is a very good addition to our daily routine. It has many beneficial properties which are very good for the body, skin and hair so we should be hinged to this spice.

END_OF_DOCUMENT_TOKEN_TO_BE_REPLACED

Star anise is a rarely used spice from the kitchen cabinet or the spice container(Masaale ka Dabba) which comes from the schisandra...

END_OF_DOCUMENT_TOKEN_TO_BE_REPLACED

Spices have always been a part of Indian cuisine since ancient times. They have always made our lives more flavourful...